I don’t wear a hijab and never plan to wear one again. I have worn them in past in my teens and early 20’s which was a phase I was going through but never felt the need to wear one. It was only very recently that I realised the difference between Islamic religious obligations and cultural Islamic attitude towards the hijab, Niqab and Burka.

The issue of dress is a small to 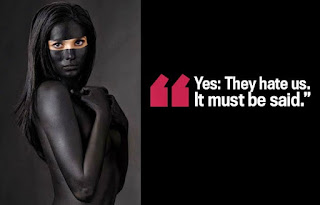 pic in the Quran but as it is one of the more apparent traits of a ‘good’ Muslim, people generally give it a lot of importance. There are no verses in the Quran that talks of punishment or consequences for not adhering to the dress code so for me, I see it as guidance for appropriate dress and not a command.

[Quran 7:26] “O children of Adam, we have provided you with garments to cover your bodies, as well as for luxury. But the best garment is the garment of righteousness. These are some of God’s signs, that they may take heed.”

This verse tells us that God focusing on our behaviour so we are encouraged to focus on being a righteous person as opposed to just dressing like one. These instructions are more to do with our safety and safeguarding our reputation as respectable members of society than anything else.

The dress code as detailed in the Quran is to cover our shame and lower our gaze. Women are also advised to cover their chest and adornments and not to walk provocatively.  This is evidenced in the following quote:

“And tell the believing women to lower their gaze and to guard their private parts and not to show their adornments except that of it which normally shows. They shall cover their cleavage with their ‘khimar’….. They shall not strike their feet so as to reveal details of their hidden ornaments. You shall repent to God all you believers, so that you may succeed.” 24:31

The above snippet from the Quran has been used over time to justify the belief that God has made covering woman’s head (wearing hijab) a mandatory requirement.  God gave the instruction for women to cover their chests as it was quite common for women to expose their cleavages. There is no evidence that women were commanded to cover their head and be covered all the way down to their ankles and wrist. When God makes something obligatory, God makes it complete clear without any ambiguity.

Dressing modestly and covering your head has been a sign of status as well as showing and commanding respect. It is a universal expectation regardless of religion or geographic location. People still dress modestly and cover their head in certain circumstance including, getting married, going to a funeral, visiting a mosque, church, temple, synagogues etc. How often do you see the queen immodestly dressed and not covering her head? Muslims have held onto this tradition of modesty and respect throughout the ages regardless of cultural influences.

As each individual has their own standard of what they feel is modest dress which may be influenced by their heritage as well their culture and community. A person is not required to dress modestly in front of mahrams however it is not appropriate to be naked or walking around in your underwear in front of them. As being covered head to toe is no longer a requirement in most cultures to be identified as a respectable member of society, I believe our approach should be to dress appropriate, definition of which is stipulated by the circumstance as well as the culture and community in which you live. It would be wrong for us to judge an individual’s standard of modest dress as long as they are dressed appropriately in accordance to their environment and community.

‘O prophet! tell thy wives and daughters and the believing women that they should cast their outer garments over their persons (when in public): that is most convenient that they should be known (as respectable women) and not molested: and Allah is Oft-Forgiving Most Merciful.’  33:59

This verse is about women dressing appropriately to be identified as respectable so they are safeguarding themselves from harm and harassment in public. So women should be focusing on safeguarding themselves and not worrying about a specific way of covering themselves, how much to cover, what to wear etc. These details are not important. I believe God’s intention was for women to avoid harassment and not for people to control and judge what women should be wearing.

There are no stipulations in the Quran for men and women to be fully covered and dress like the prophet. At the time of prophet, It was Arab culture that stipulated all respectable members of society should dress a certain way. This requirement was adhered to by all including Muslims, Christians, Jews and pagans etc. The prophet, his wives and followers dressed how the rest of the community dressed. If he dressed differently, than people may have been less inclined to listen to him as is human nature to question those who are different from us. It is important not to alienate ourselves from the rest of the community.

There are no rewards for dressing like an Arab as it has become fashionable to do. I would encourage each person to consider what is modest and appropriate and dress accordingly.

My attitude towards the teachings of the Quran may be a little different to more traditional Muslims. I’m inclined to think  that nothing is a sin unless God has told us we will be punished for that act or similar transgression in the Quran.

Some people are of the opinion that the hijab promotes or upholds the idea that it is a woman’s responsibility to prevent herself from being molested or raped instead of a mans responsibility not to molest or rape her. Does it sexualise girls at a very young age? I’m of the opinion that it certainly makes girls aware of how vulnerable they are and if anything happened to them, they will certainly be the one to shoulder some of the blame when they are in fact blameless. Unfortunately this has changed very little over the centuries in regards to harassment and misogyny against women.

I believe it is time we stop focusing on what a women should or should not be wear and instead focusing on the contributions we are making to our community.